The 45th Grandmaster of 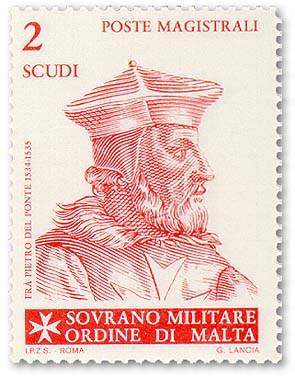 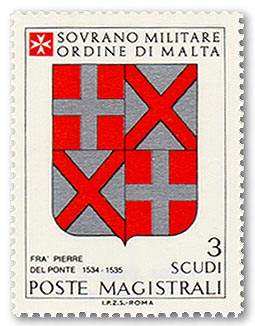 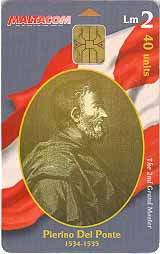 Following the death of L’Isle Adam, Pietro del Ponte, a Piedmontese, was elected as Grand Master on 26 August 1534, and assumed the Government of Malta on the 10 November. He was an enthusiastic observer of discipline and of austere manners. 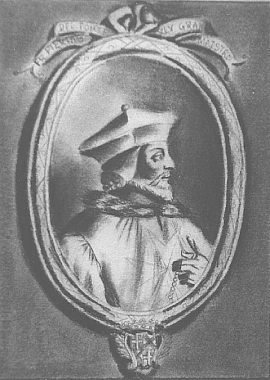 Due to the brief Grandmastership, Pietro del Ponte did not introduce any major administrative changes to the island.

During this period, Charles V undertook an expedition against Tunis to restore to power the dethroned Muley Hassan and the Order was urged to help by supplying galleys and soldiers. The victory of the Christians was complete and the Order showed that it had not lost the military valour for which it had previously been renowned. The possessions of the Order in Barbuary were again secured to them and commerce increased.

In 1535 there was a shortage of grain, due to the increase in the population,  which compelled the Grand Master and the Universita to import a greater quantity of corn from Sicily. The island's requirements still were not met, and Pietro del Ponte forced the Sicilian vessels in Maltese ports to sell their stocks of grain, and thus a serious dispute arose between the Universita of Malta and that of Messina.

Grand Master Pietro del Ponte died on the 18 November 1535 and was buried close to L'Isle Adam in the chapel dedicated to St. Anne at fort St. Angelo.