The 68th Grandmaster of 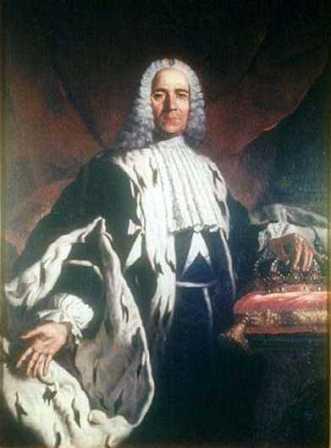 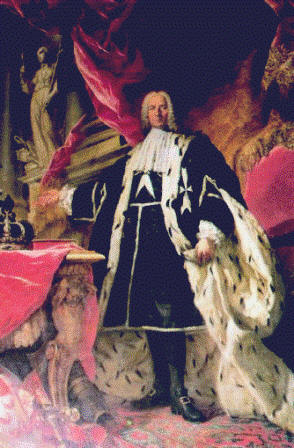 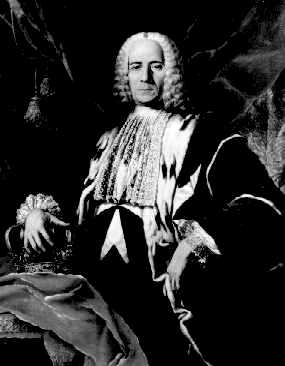 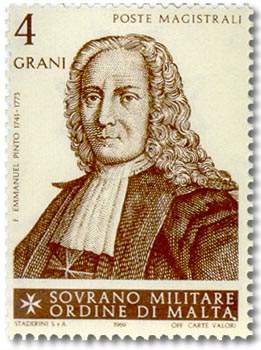 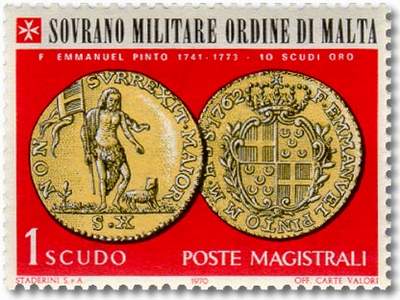 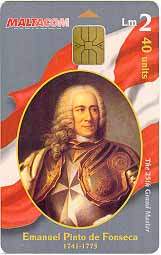 Grand Master Manoel Pinto (1741-73) another Portuguese. He was not very popular and during his reign, he made many enemies. He created new titles of nobility which was greatly resented by the old nobles of the island and imposed unjust taxes on the people. He offended the clergy by the expulsion of the Jesuits from Malta and, incurred the hatred of the older Knights who had long waited for him to die and succeed him. However, he loved the city of Valletta. The Auberge de Castille, the stateliest and one of the most important buildings in the town, started during the rule of de la Cassiere in 1574, was finished under his Magistracy and his bust and arms adorn its facade. He enriched the Conventual Church and built a number of stores at the Marina which still bear his name. When Pinto died his body was laid in one of the most beautiful monuments of St John's which has a striking portrait in mosaic.

FRA' EMMANUEL PINTO. 1741 - 1773.
Pinto was the first Grand Master to use the Imperial crown.
Several important public buildings, including the law courts,
were built his long grandmastership.