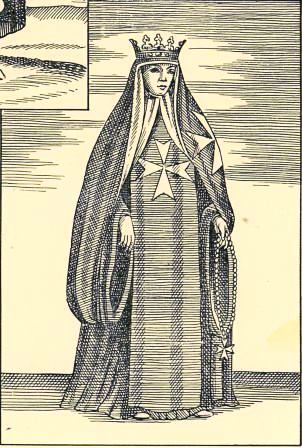 Wikipedia writes: "After her husband died at Perpignan in 1196, Sancha was relegated to the background of political affairs by her son Peter II.
She retired from court, withdrawing to the convent for noble ladies, the Monastery of Santa María de Sigena, at Sigena, which she had founded.
There she assumed the cross of the Order of St John of Jerusalem which she wore until the end of her life."

This community is still in existence! 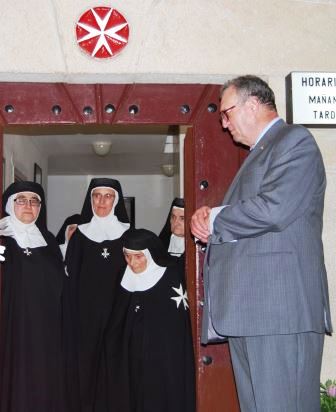 The official website of the Order of Malta (The Nuns of the Order of Malta) writes:
"... historians give the year 1153 as the official date for the establishment of the Order’s female branch: it was then that Pope Eugene III approved the Sijena convent community, founded by Queen Sancha of Aragon, widow of Alfonso II, and her daughter Dulce.
Thus one of the oldest communities of nuns in Christendom was born.
At the beginning they were exclusively relatives of the Knights of the Order with the specific mission to pray for them all and for the Grand Master.
As in the other monasteries in previous centuries, the nuns were called “Sorores” (like “Fratres” for the Knights)."

(The webmaster of this page will appreciate further information. You may contact him via father(at)bbg.org.za)