Our Lady, Cause of our Joy

Our Lady of Liesse

An ancient statue of Our Lady and child was brought from Egypt to northern France at the same time of the Crusades by three knights of our Order who had been captured by Saracens and later released. It was enshrined at Liesse, near Laon, in the diocese of Soissons (France). The original statue was destroyed during the French Revolution, but the medieval basilica at Liesse remained a centre of devotion to the Mother of God: a new statue was installed and crowned there in 1857. Our Lady of Liesse is the patron of the diocese of Soissons and the focus of pilgrimages, especially an annual pilgrimage on Whit Monday. 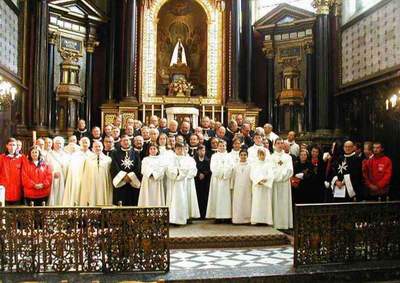 O God, who brought joy to the world by the Incarnation of Christ your Son, grant to us, who honour his Mother as Cause of our Joy, the grace to follow your commandments and to set our hearts on the true joys of heaven. We ask this through our Lord Jesus Christ your Son, who lives and reigns with you and the Holy Spirit, one God for ever and ever. Amen.

quoted from: The Missal with readings of the Order of St. John of Jerusalem of Rhodes, & of Malta, London 1997 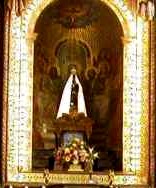 John Baptist de la Salle had a special devotion to Our Lady of Liesse:

John Baptist de la Salle and twelve brothers pronounce the vow of obedience for the first time for one year at Reims in June 1686. 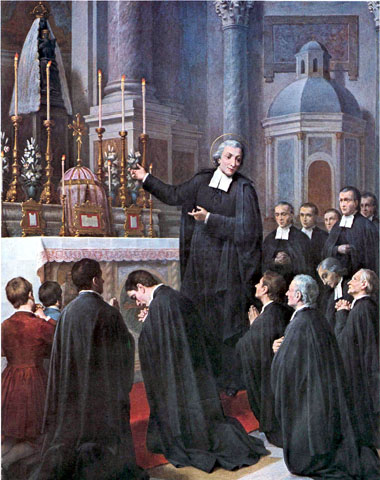 They renew the ceremony at the sanctuary of Our Lady of Liesse, next to Laon, on the following day.
[Painting by Giovanni Gagliardi (1901)] 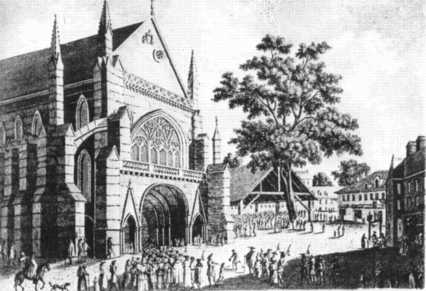 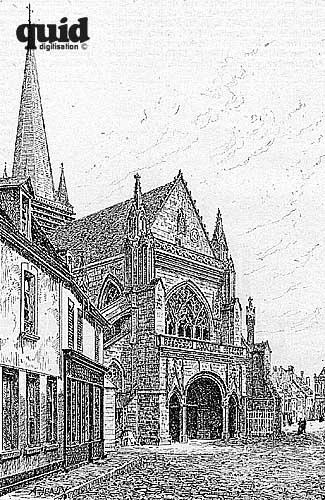